Saskia Heinze
​​... I celebrate their styles because they are simply themselves

During the past few years, we have been building an amazing community of models and photographers. We're always on the search for upcoming talents, and today's model is no exception! Thanks to Rolf Hermann, a German photographer whom we have featured several times through the past few years, we discovered up and coming German model Saskia Heinze. We have interviewed her about her start as a model, her style and her life on the country side of East Frisia in Germany.
How long have you been a model and how did you start?

In 2019 Rolf wrote to me on Instagram and a short time later there was a meeting between Rolf and me together with a good friend. The first shooting was in March 2019 and then unfortunately there was a one-year break because I had a lot to do because of work, but then the second shooting followed in autumn 2020, which was really a lot of fun. I have developed a lot during that year, according to Rolf. More great shootings followed, including what we did for your Streetfashion MagZZine. So, strictly speaking, I've been a model of Rolf for 2 years, but due to the one-year hiatus, I only really started to model with him since the fall 2020 shoot. 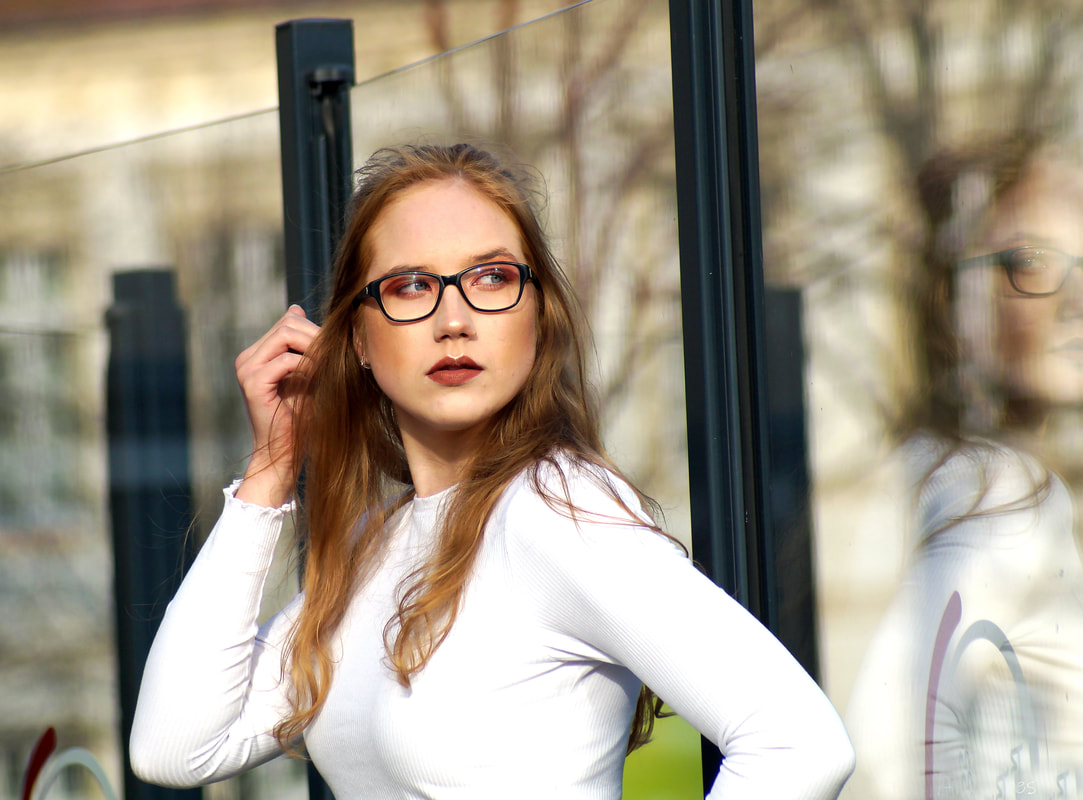 Define your personal style.
My personal style mhm… yes, I would call it relatively basic and simple, but that doesn't mean that I don't have one or the other colorful item of clothing in my closet. Most of the time I just dress however I want, either plain and monochrome or colorful and cheerful.
What is your favorite outfit in everyday life?
My favorite outfit in everyday life is and remains simple black jeans with, depending on the weather, a sweater or instead of a sweater a simple T-shirt with a cardigan. Finished. No unnecessary frills. I'm very basic in that aspect because of my job.

We also discovered a tractor picture between your model pictures. What do you like best about country life?
Oh yeah! That was a funny story! I spontaneously learned to drive the tractor and it was a lot of fun! The 'country life' here in East Friesland is wonderful, when you come home in the afternoon there are deer in the country and you very often see other animals that you would not see so often in the more densely populated corners. The fun fact is that I live in a normally inhabited place, but where we have a lot of farmland around it. On some days it smells a lot like manure, but you get used to it. Now that it's getting warmer again, you can finally sit comfortably on the terrace again to look into the distance over a small fire and watch the animals. I have to say I would not move away voluntarily from East Friesland now, it is far too beautiful here. 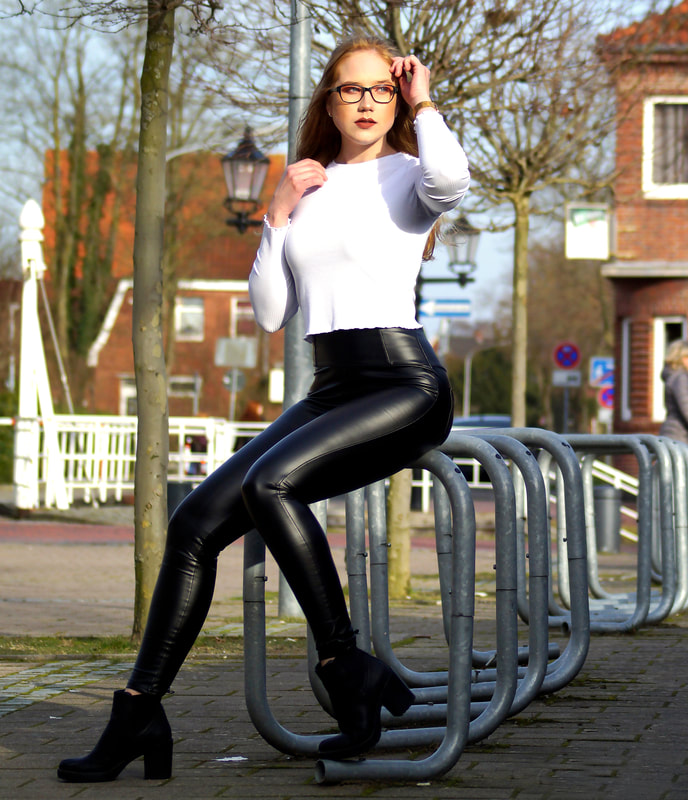 Who would you say is your 'style muse'?

My 'style muse' are often my own friends, I celebrate their styles because they are simply themselves. Sometimes bloggers or 'influencers' are also my 'style muse', and I occasionally take a look at something there.

Your favorite designer is ...?

To be honest, I don't have a favorite designer at the moment.

Is there a certain designer piece that you particularly like at the moment?

Unfortunately, I can't think of a certain designer piece spontaneously, I'm not really into "branded clothes", but buy what I like.
Photo Credits​