Micke brenk feat. Nala bajric
This is a photo shoot that i won't forget...

We introduce to you Swedish based photographer Micke Brenk who tells us his incredibly interesting and funny story about his first photo shoot with Nala Bajric in Malmö, Sweden. They took pictures in very crowded places, starting at the central subway station and finishing with a halloween themed shoot at the Emporia shopping mall. Even though anything seemed to go against them they stayed positive and made some amazing pictures. The halloween themed pictures are a recreation of a character in the movie “Queen of the Damned” and resemble a vampire. Just to warn you it is graphic content but the pictures are very good and they complete the amazing story about the photo shoot of these two artists. 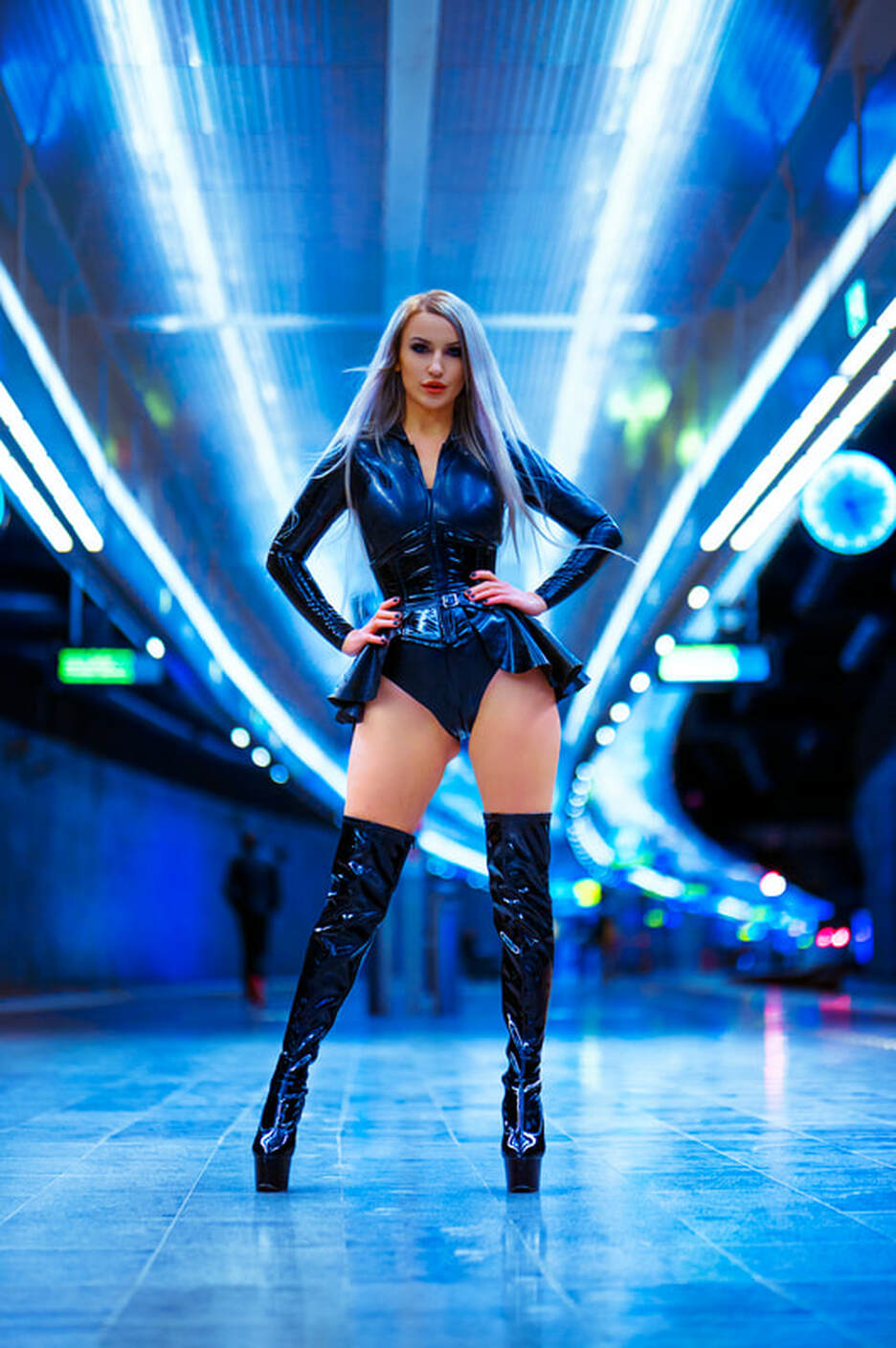 Micke Brenk
-Photographer-
Nala and I had talked about shooting together for a long time, but then other things came along all the time and then it ran out a little in the sand. I got a cancellation on the weekend and thought it would be quite nice to be free, but then on Friday I really wanted to take pictures on Saturday. I sent a message to Nala on the way home from work who was excited right away. As she said, "such a spontaneous shoot", she had not prepared anything but started making her crown at 21.00 in the evening and finished at 03.00.

I meet her where we had agreed to meet and she comes out with a big bag of clothes and I'm just thinking, what are we going to shoot for something. I had no idea about her idea. This is our first meeting so we greet each other happily and then she packs her stuff in the car. She tells me to drive to the central station but I am not familiar with Malmö, so Nala fixes the GPS and off we go. Well ahead after many ifs and buts we jump out, she takes her things and I take mine. We go into the station and down the stairs and then she says; "no it's probably not here, I think it's Emporia we're going to. So we go up again and pack the stuff in the car, she puts her things in the trunk and I put mine in the back seat. She jumps into the car and I'm just going to fix something, then I get in the car thinking the key is in the ignition, which it is not. I ask Nala if she has the key but she does not.
​
I feel through my pockets but the key is not there, I think it is in the back seat so I check there, but no key. Now panic is starting to come, where is the key? Checking in the luggage, no key. The thing is that Nala sits with a latex suit and is getting kind of a heat stroke in the car and I think "this is our first shoot together, our first meeting and it seems that I don’t even know how to keep track of my key. I turn the whole car upside down but really can not find it. Whilst checking around I consider if someone is pranking me so I ask Nala, but she's just sitting and panting in her outfit. I stand up and see that it's on the roof, who even lays the key on the roof.
The car is now running and Nala enters the address to Emporia, the GPS did not really want to work with us this day so we drove a few detours and 5 laps in the roundabout, among other things, looking like the worst tourists on sightseeing tour in Malmö. Once we get to Emporia and drive into the parking garage, she says coldly; No, it's probably the Central Station we should be at anyway because I do not really recognize this place. We returned to the station and burst into laughter.
​Why ZZ Loves It
​We love the colors in the pictures and how they make the model seem to be the only static thing in a place where everything else moves. The outlines from the subway station and the different colored lights in the background add movement to the picture whilst the angle of the camera gives us the expression of a timelapse with Nala being static in the centre. It is very impressive to catch the hectic environment of a subway station in a picture whilst keeping the center of attention on the model. The mood of the picture changes with the colors and this is captured very well in using the lighting in the subway station.
Credits
​
PHOTOS
Micke Brenk