​​
​Helmut Püllmanns
feat. Darcelene
...we only had about an hour 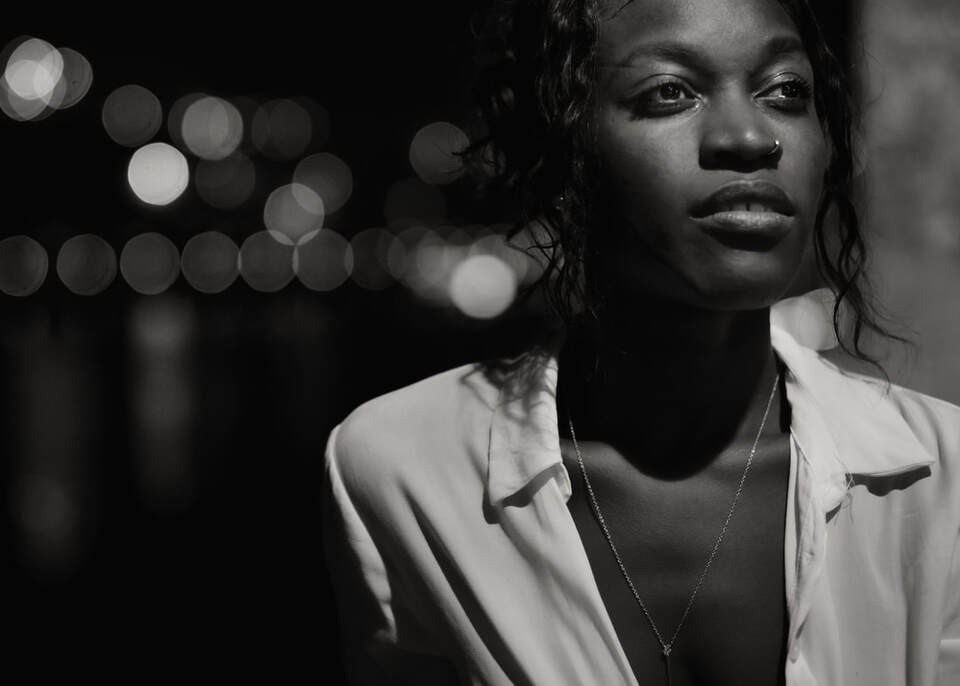 As you wrote on your blog, you only had an hour for the shoot. How much time would you normally like to have for a shoot? Two, three or maybe even four hours?
It is very different. If it is a "properly planned" shoot, then between 3 and 4 hours (of course with a coffee or a little break in between). But spontaneous shootings (like this one with Darry) rarely last more than 2 hours.

We noticed from this shoot and your previous ones that you always find great backgrounds. Do you scout these locations before the shoots, or do you usually find them spontaneously?
Here as well it depends. During the longer shoots, I try to "look out" for some corners beforehand that are suitable according to an initial assessment. But that's usually only very approximate. But during shootings with Darry / Grettell (... and Vanessa + Petphanny + Christian + Karo (... examples from the blog)) I often take what is available, spontaneously and improvised.

How often do you change cameras? Do you always use your Fuji T3 and change lenses, or do you use different cameras for different shoots?
I only ever use one camera model, even if I shoot with 2 bodies, they are always the same models / types. - Lens: I usually only have 2 lenses in my luggage, that has to be enough - otherwise I am more concerned with the technology than with taking photos.

Do you sometimes bring clothes or accessories to shoots?
Outdoor: no, I leave that to the model, although I tell the model in advance that she should wear/bring whatever she feels comfortable in. That can also be a baggy look, the main thing is that she moves freely in it. She should forget her clothes; the face and eyes are important. (Example: the shoot with ISABELLE last year: completely normal uni clothes, better than any cool outfit! By the way, they are still cool pictures).
Studio: basically, the same as outdoors. Maybe a hat, a shirt, a sweater or even barefoot. So, everything without any fuss.

On this shoot, it looks like it's already dark outside. How and with which equipment do you expose street shootings in the evening / at night?
Yes, it was very dark already, autumn after 7 p.m., almost only artificial light from the restaurants/bars on the waterfront. Here and there I use a flash to bounce but mostly this is "too much" effort for me, so usually I just go up with the ISO. I use flash mostly on planned/longer shoots and it also depends if I have any help, sometimes it’s my wife and sometimes it's’ just a tripod if I’m allowed to use one.

Are you a fan of black and white images or do you prefer the original images?
Yes, I am a friend of black and white. Mainly because I "learned" it that way (at that time, color was too expensive to be able to afford). But color often distracts a little from the person, black and white is more timeless, more independent of fashions, including clothing. There is a saying from TED GRANT: “When you photograph people in color, you photograph their clothes. ... But when you photograph people in Black and White, you photograph their souls! «. - As usual , that's not always correct, but there is a lot to it.
Original images: it depends if I have followed a project in advance, and if I have an idea, then I set the camera to black and white and afterwards only edit the JPGs very little bit. Otherwise, I always shoot in JPG and raw, so that I have a choice afterwards.

Is it important for you that the models already have experience in making the pictures good, or does that not matter?
Unimportant. Then just other pictures come out! If she is inexperienced, of course, I have more "work" and have to think along for her, but sometimes it is exciting because the person does not remain very authentic with certain poses. Darry is certainly one example! If it is a "real" model, it will be easier for me, but often these models dominate the pictures with their specific style so much that in the end the pictures are very similar to the ones the model has already shot with other photographers. So, you have to try and find something different, original.
Black and white or in color?
​Check out the slideshow below and decide for yourself!
Why ZZ Loves It
I don't know if it is this travel nostalgia caused by everlasting lockdowns and social distancing, but Helmut's photos have me reminiscing about days spent at the beach followed by balmy summer evenings spent walking along a pier full of buzzing restaurants, where couples hold hands, glazing at the shimmering sea, the faint sound of guitar music coming from a balcony, and the taste of salty air. For me, this shooting tells the story of such a summer night in Porto. A night in which two strangers cross paths, who not just walk past each other, but who stop to seize and capture a moment in time they know will be gone in the blink of an eye only to become a memory. I am equally impressed and inspired how these photos convey the intimacy that can occur between two strangers who share a moment or an experience, as for example a photo shoot. Last but not least, Helmut submitted all photos in both color and black and white, and I just cannot decide which ones I like more! It was so much fun going through the photos and to see how one and the same photo can be so different by just taking away all the color.

Since neither I, nor anyone else in our editorial team, could decide whether we prefer black and white or color, we just published some of the photos in both black and white and in color. For our German speakers, we encourage you to head over to Helmut's blog and check out his blog post about his shooting with Darcelene - if you don't speak German, we're sure Google will help you to translate the post so you can read it too.