This ZZ Locations article takes you to the Swedish village Årjäng (å is pronounced like 'o' in case you wanted to know) - or to be more specific to a car dismantle and recycle factory. Doesn't sound like a dream location? Let Swedish photographer Tony Ryman prove you otherwise! Together with model Malin Meyer he used the location to his advantages and created strong and expressive photos. ​
The site is located in Årjäng, Sweden, on the outskirts of a car dismantle and recycle factory, so there is a lot of old scrap and dilapidated construction barracks on the site, which was exactly what we were looking for. Årjäng is a small community right between Karlstad and Oslo with about 10,000 inhabitants. We were looking for an old industrial site to get to the slightly tough style. We found a rather dilapidated barrack where the model could stand in the doorway and pose. The day when we were there to take photos, we had Kai from "Tett på produksjon" with us, who would be involved in filming a behind the scenes film that we usually make to be able to have as marketing material for our photography business. The weather was cold but the light was perfect, no strong sun that gave sharp shadows.
​ It was light even though it was cloudy. The light we had with us was an Elinchrom Quadra flash that runs on batteries and is perfect to have on such a location, the light shaper was a large silvery beauty dish to get a slightly harder light. We had with us two Dörr DLP-1000 which are fixed LED lights, mostly for the sake of video production, but they worked great for the still images as well. Some pictures were also taken in existing light without a flash. 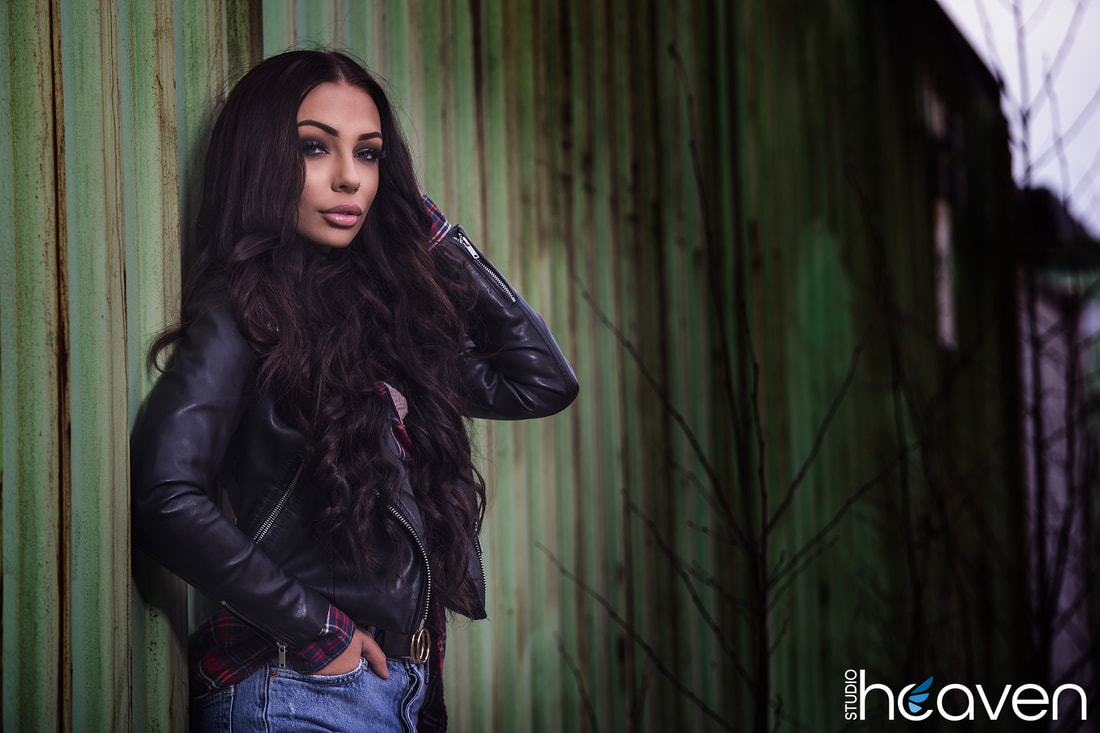 The model I have chosen for the photography was fantastic Malin Meyer who with her cocky attitude and clothing style fits like a glove for this shoot. Malin is 21 years old and has worked as a hobby model for several years and has now taken the step to start working more paid jobs. She is incredibly easy to work with and always performs 100% despite the weather or other circumstances.

​We have tried to get the poses and angles with attitude, Malin has a lot of attitude naturally so it was no problem to convey it in the pictures. Shooting the pictures a little from below at a low angle makes the model look longer and also reflects the attitude of a person who no one steps upon.
The equipment I have used when I took these photos is a Canon 6D full format camera, making the switch to full format many years ago was an incredible experience in image quality and a shorter depth of field. The lens I used here is a Tamron 70-200 2.8 which I love to take pictures with, because we were outdoors in a large place, it worked great with that lens and you can in these times keep a good distance to the model and also give this lens a very nice and shallow depth of field whenever you want. Unfortunately, I have not received an HS transmitter yet, so I have to adjust to the camera's sync time when I shoot with flash, and 1/160 usually works great. Since it was overcast weather, I stayed around 200-400 in ISO. When shooting outside on location, you always adjust the settings on the camera to the background first, then turn on the flashes and adjust the strength until you get a well-exposed image. 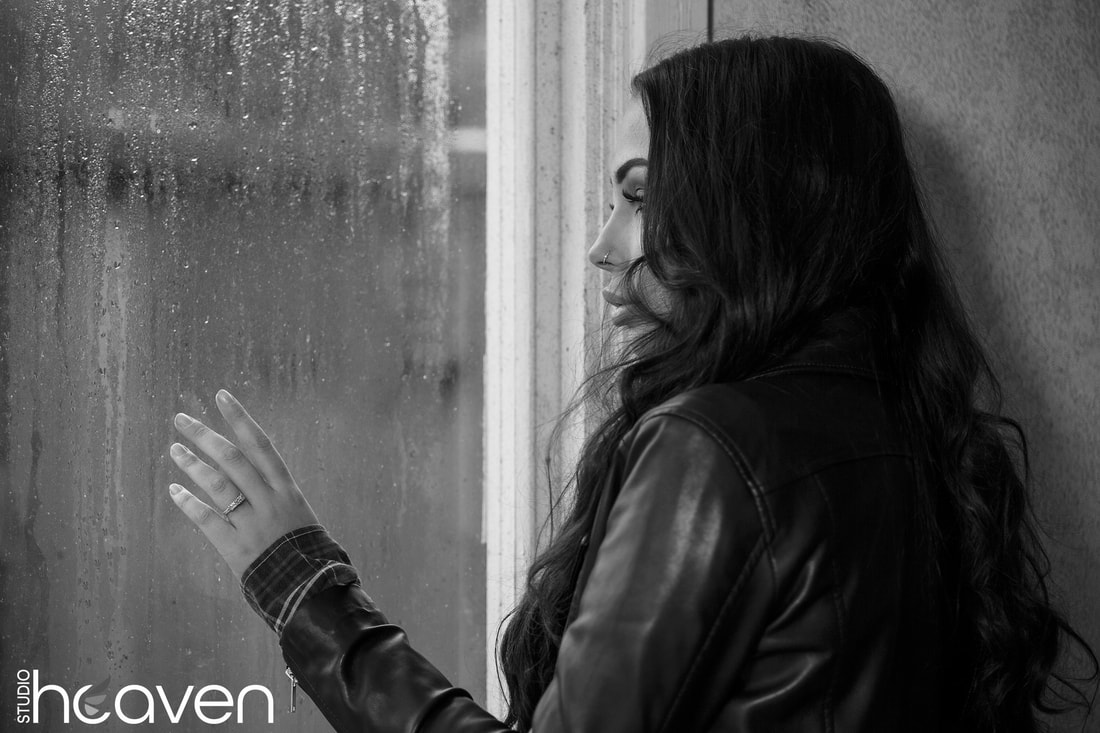 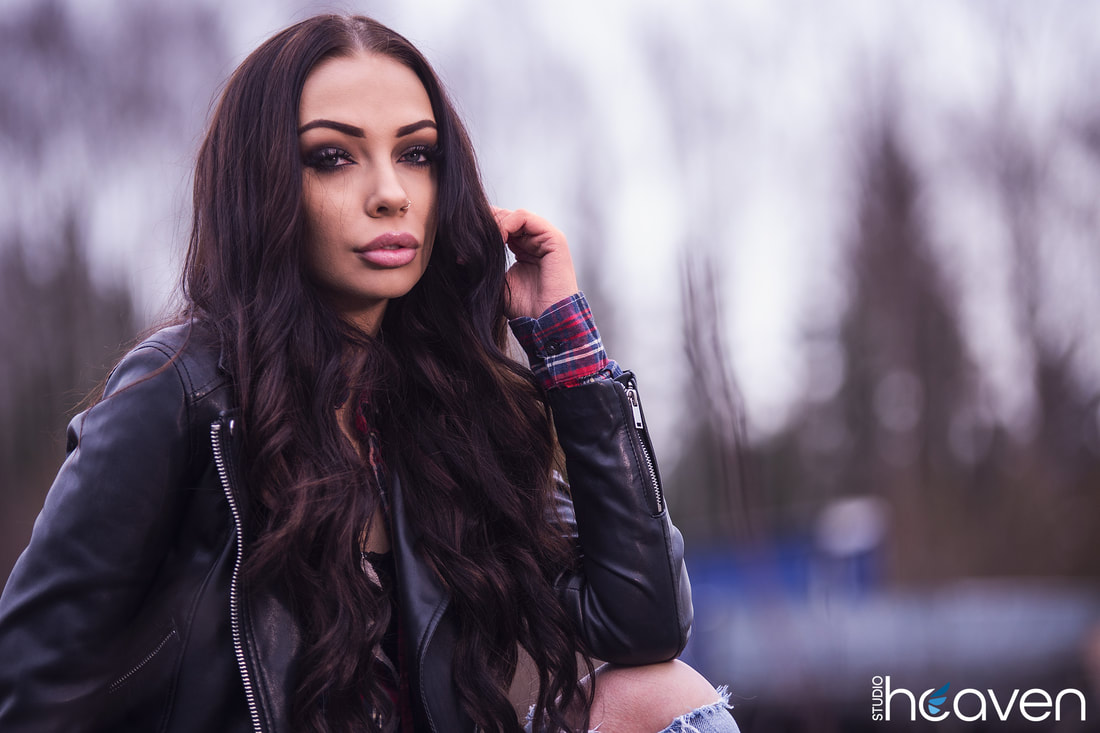