Since in wintertime it is mostly difficult to take photos on the streets or outdoors in general, with this feature we like to open the door to studio photography. We are doing this with an artist we featured before, Andrew Katsaitis. It was back in April 2015, when we featured Andy the first time with a street picture of model Tima. Then in September 2015 we had a photo of actor John Mitchell taken by Andy not only in, but on the cover of our online magazine.
This time it is a studio work that goes more in the direction of fine art and is not typical for us to show. But we really like this shoot a lot. It has – based on ist colours -  a warm, but also strong atmosphere, showcasing a historical set in a modern way. Just have a look by yourself, get an impression of the pictures and read, what photographer Andy Katsaitis has to say about his work and explicitly this shooting. 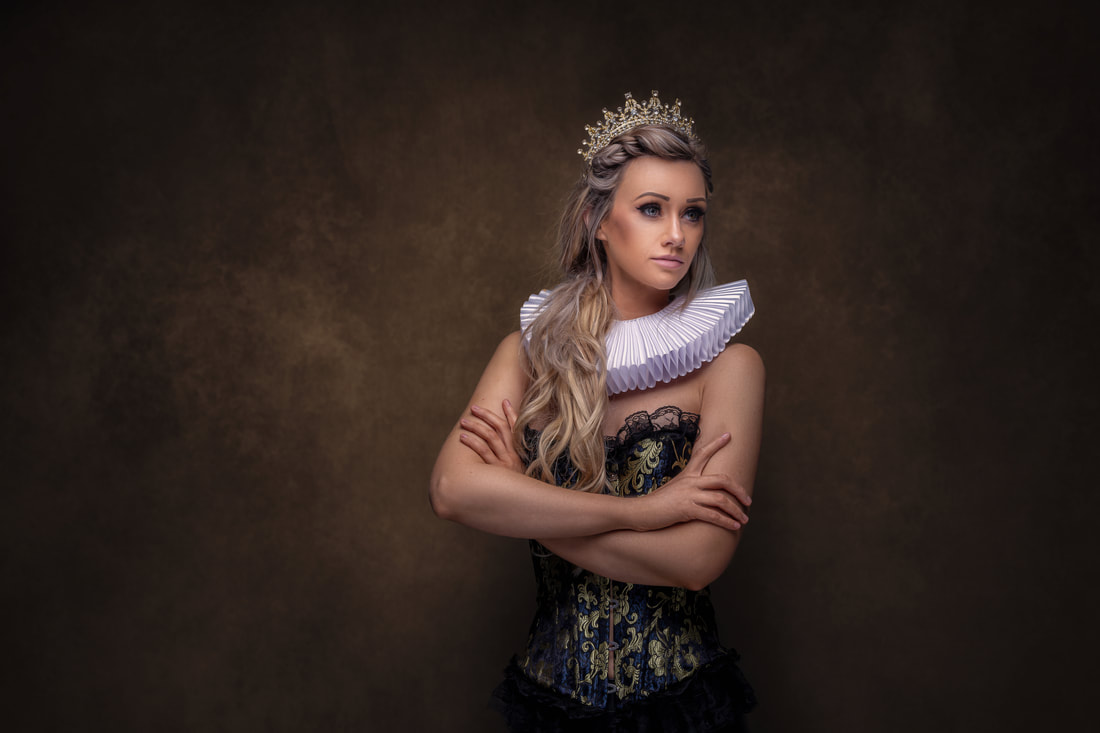 Andy Katsaitis
-Photographer-
My name is Andy Katsaitis. I'm a 47-year-old freelance photographer, living and working in the United Kingdom. My brand name is Republica. I was born in Nuneaton, and I currently reside in the historic town of Tamworth, Staffordshire. I began my photography journey a decade ago in 2010, with the birth of my daughter. Investing in my first DSLR camera, a Pentax K-x, I set to work documenting those special moments as she grew. My love for photography blossomed, and soon I was photographing private aircrafts for AirTeamImages at my day job in the executive-aviation arena. I've been privileged to meet and look after many of the world's leading celebrities and public figures during this 20-year role, but unfortunately having to exercise extreme discretion and not photograph any of them!
Tegan is a very collaborative person. It's one of the reasons I gravitate towards working with her, that, coupled with her incredible beauty. She is an extremely 'can do' kind of person who always goes above and beyond in sourcing styling items to help bring the concept to life. I hope to work with her many more times in the future.

My pre-shoot planning, as always, takes place via a Pinterest board. I  create a personal mood-board for myself and my model/subject then we populate it with ideas. The mood-board consists of three sections, one section for styling, one for make-up and one for posing. It's a tried and tested system that works for me. I keep the Pinterest board open during the photo-shoot so we can refer to it regularly.

I complete the majority of my 'model' photo-shoots in a small room at my house. The room doubles as the kid's playroom and my wife's office! I convert it to a studio, hang my backdrop, assemble my lights then I'm good to go.
For these images, I have used two different lighting set-ups.
'Medici' is lit with a Godox AD360 in a 120cm octa-box. The modifier is boomed directly overhead Tegan and angled slightly down towards her face.
'Lashes' is lit with the same light and modifier, but with the light moved around to camera left, in the Rembrandt position. There is also a speed-light in a small softbox, aimed back at Tegan from behind (camera right) at 45 degrees. 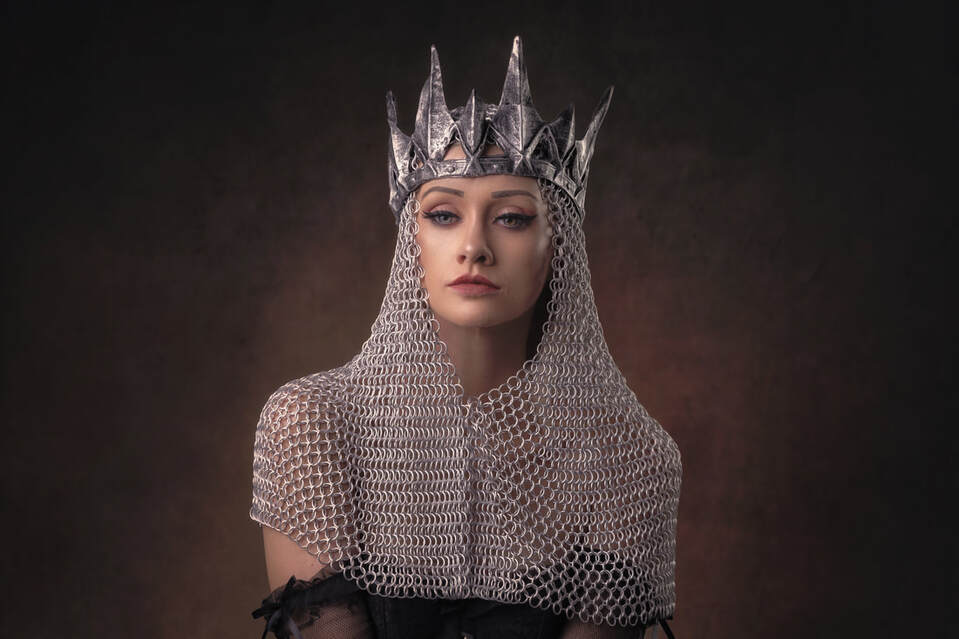 ​Why ZZ Loves It
We love the lighting. It is incredible how two creative people can establish an atmosphere in a picture that almost makes the picture look like it is an old oil paintig hanging inside the throne room of a castle. The picture takes us back in time and Andy together with Tegan take us back to the middle ages whilst keeping an extraordinary high quality of the pictures. We can only imagine how hard it was to get the lighting just right.
Credits
​
PHOTOS
Andy Katsaitis