Today's Editor's Choice takes us on a journey through the old town of Havana, Cuba. Who our tour guide is you wonder? Her name is Grettell Lastre Casuso. Grettell, the Cuban Ballerina who is just as elegant and mysterious as the town she will dance us through. She is accompanied by Helmut Püllmanns, who fabulously manages to capture her essence and natural grace. If you have ever been to Havana, you know about its ability to enchant its visitors. If you have not been to Havana, scroll further and get a glimpse of one of the most fascinating cities and what is possible to create in just a few hours... 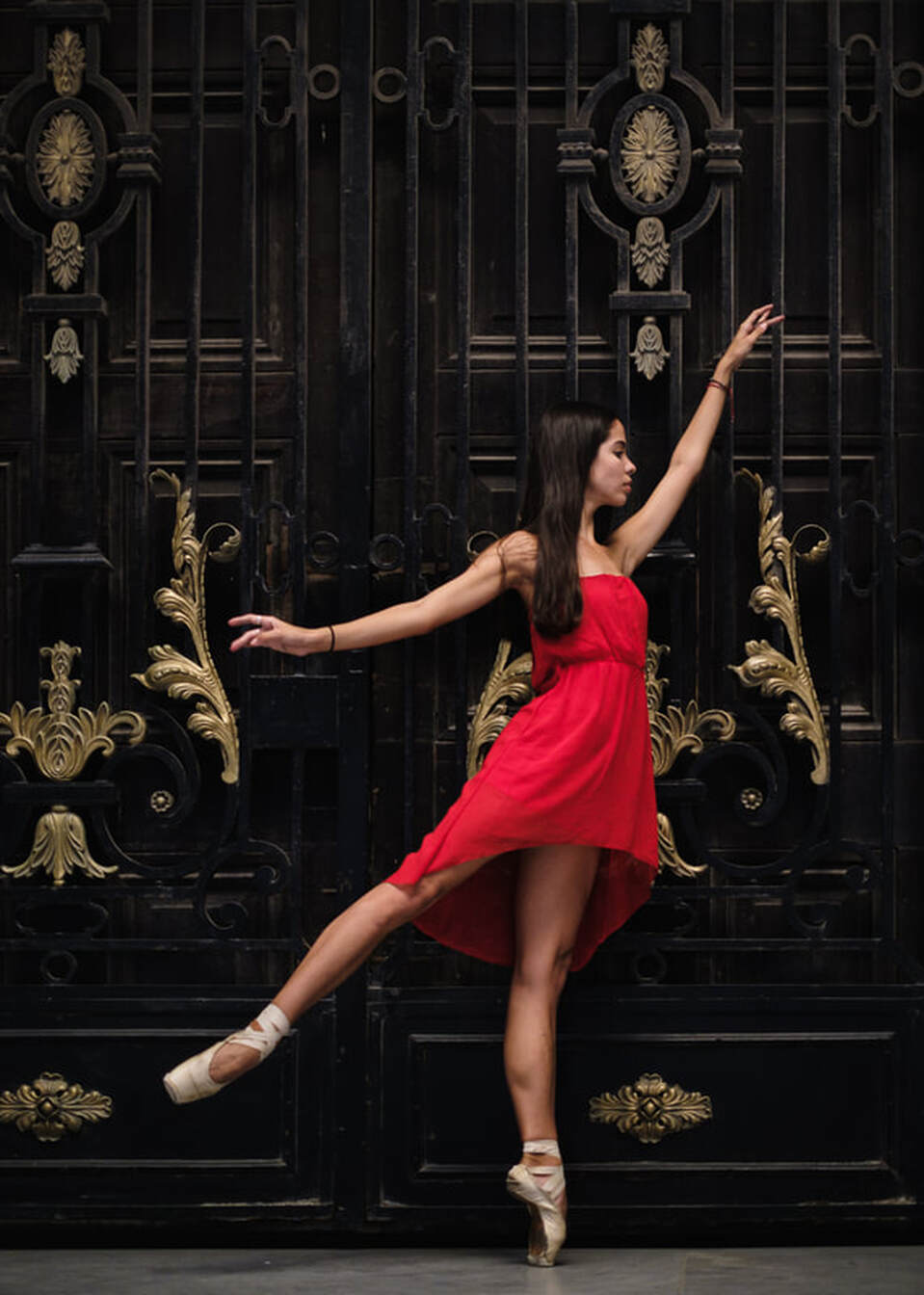 Please tell us a little bit about yourself to begin with. How old are you? Where were you born and where do you live now? What is your profession, and what do you do besides photography?
I was born in Krefeld on the Lower Rhine, then moved to Cologne and stayed there. Meanwhile, I am 71 years old and still (thank god) very agile. I studied (political science, sociology and pedagogy) but when I was around 28, by coincidence I came across an English speaker company whose owner impressed me personally - and later became my best friend. As a result, I worked as an independent distributor for speakers and later for electronics. Hence a certain affinity for technology.
That ended due to various circumstances and then I started my own business as a consultant and advertising agency and did that job until last year. I have been photographing since my youth, but initially occasionally.
Since I was very technology-oriented due to my job (As I mentioned before), I didn’t manage to photograph anything worth showing, but dealt with high-quality cameras (most recently a Sinar P2). At that time, however, only black and white material was affordable for me, which in turn matched the photography by Ansel Adams, who I was fascinated of.
Then I had about a 15-year where I just didn’t feel like doing anything photography-related. That was shortly around the time of digital technology. I didn't touch a camera or the films that were still there occupying my wife's freezer. Eventually they were all sold over time (Leica, medium format and the two drawers of film material.
Then by coincidence I started again. with a Bridge-camera. In the beginning only architecture, which then became too boring for me. That's when I got into people photography. both in portraiture and street photography.
At some point I got my own studio of approx. 40 square meters and a high ceiling. Unfortunately, quite useless at the moment, but there are sure to be better times. I take photos professionally and »just for fun« (TFP). I take things as they come. 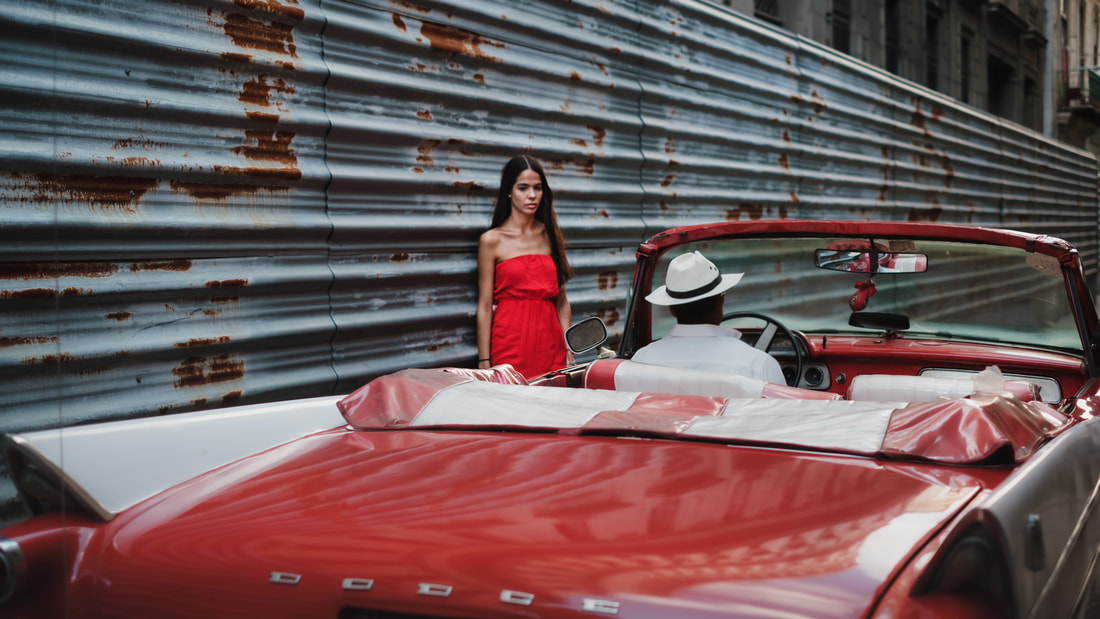 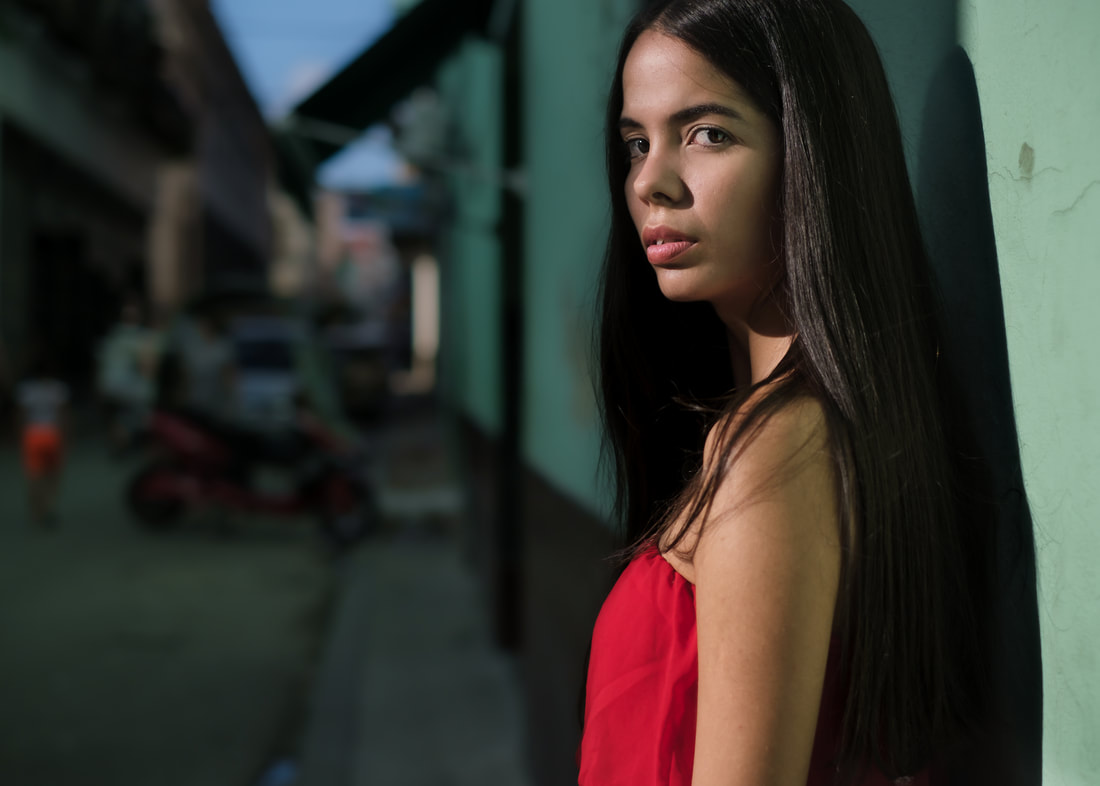 What inspired you to do this photo shoot?
Almost a year ago I traveled to Cuba for a second time. I was particularly interested in the fantastic dancers. I got some names through different channels and Grettell was the first to answer. That was a great start!
I only knew Grettell from a few pictures. So, we first arranged to meet for a coffee in the hotel lobby to get to know each other and a magical apparition floated in. Grettell was just stunning, natural, funny, curious, and exceedingly graceful.
In the late afternoon of the next day, we met for the shoot. I didn't want to repeat the any of the very skillful but already known pictures with ballet poses that I already knew from the net, but rather capture something of Grettell's personality and grace. To this day I'm not really sure whether I was able to explain my vision to her properly.
We didn't have much time, because the next day she had a trip to Mexico - an engagement with her dance company. So, we had to improvise, so we went straight out of the hotel and straight into the gallery of the new Hotel Kempinski. She changed the outfits quickly during the shoot, although the young man in the boutique where Grettell waschanging couldn’t take his eyes off her - more than understandable, isn’t it!​
How did you set up the lighting – e.g. did you only use natural light or any artificial light, and if so, what lighting equipment did you use?
Like I just mentioned, I mostly available light, the AD200 was on one Monopod mounted, held by my wife.
​Why ZZ Loves It
There is just so much to like in this shoot... Let's get right to it! A lot of photographers and models we know struggle with posing. It's a really common thing actually. One pose is 'too much' and another is not enough. In this shoot, Helmut and Grettell have chosen simple yet powerful poses, and we love it! With Grettells natural grace that maybe comes from her background as a ballerina there is no need for riotous and wild poses. She blends in with the background, yet she is highlighted in such a natural way that some of the pictures look like they come from a fairytale. The locations are simply enchanting and add to the whole atmosphere. Also, Helmut plays so freely and harmoniously with the available light that the photos are light and yet mysterious.
Helmut and Grettell... we are deeply impressed. Keep it up!
Credits
​
PHOTOS
Helmut Püllmanns